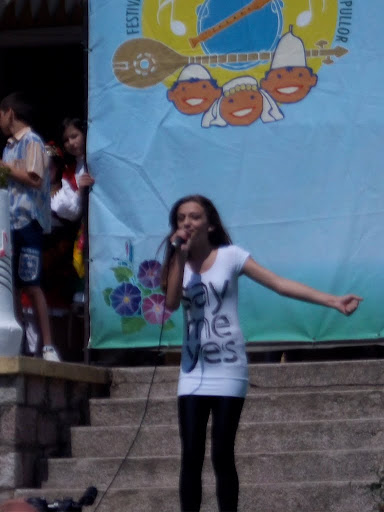 School’s out and it’s officially summer in Lezhe. This means a return of the heat, fresh peaches, weddings keeping the beats going all night long and two fashion statements I had almost forgotten about – the clear bra strap (seriously, why? just wear a strapless) and the mis-spelled/mis-written/altogether mis-understood English t-shirt.

Young Albanians’ obsession with t-shirts written in broken and misspelled English is hard to ignore. Last summer I wanted to make a photo album of all the great shirts I saw walking around, but I felt creepy taking pictures of strangers so didn’t follow through.

I don’t know where these shirts come from, but Albanian’s definitely don’t know what they mean most of the time. “See you to making world now” or “too hard look touch here” scream out in hot neon block letters from the chests of teens and young Albanians everywhere. Most of the time it’s pretty innocently entertaining, but sometimes the context of who is wearing the shirt can be outright disturbing. Every once in a while I want to take the wearer by the shoulders and explain just what it is they are wearing.

The two examples here were sighted at a recent traditional music festival. The MC, a high school student, is obviously unaware of what her shirt implies/tries to imply (above). And this kid’s (below) mother must not understand English at all….or else she has a sick sense of being proud and supportive.