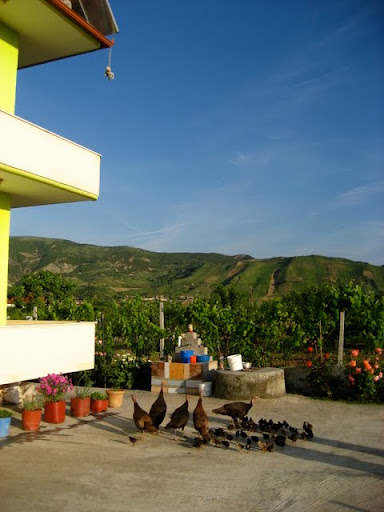 Back when I was in training, my host family raised turkeys. I never ate them at their house (Albanians traditionally eat a “gjelle deti” for New Years), but I definitely appreciated the taste of a farm raised free range local turkey with my fellow Americans last Thanksgiving in Burrel. Two of my PCV friends actually slaughtered the birds themselves in Bree’s front yard.

Well, I’m not sure how it happened but it’s that time of year again. My house is like a refrigerator, I spend much of my time knitting in front of a fire or “working” from my computer in bed (the warmest place to be) when I am not at the office. Each day I resemble more and more what my friend Hekuran teases me about being – a “murgesha,” or nun.

But, I’m planning to escape this hibernation lifestyle and the rain and cold in Lezhe and hang out for the weekend with good food and friends and another turkey or two in Gramsh. Our PCV pot-luck two-day Thanksgiving will be a welcome break from the norm. Conveniently, Albanians celebrate their independence day(s) on Monday and Tuesday the 28th/29th, so it’s an extra long weekend full of possibilities.

So – a big cheers to all of you celebrating Thanksgiving with friends and family back home! I am truly thankful for all of your love and support. Hope you enjoy the food and fellowship as well as the ability to watch football in the same timezone. Uroj një Gezuar për Diten e Falenderimëve nga Shqipëri!

About two weeks ago my counterpart Yllka and I learned that a grant proposal we submitted in early October for a project benefiting the local library was selected for funding. This is our second Small Projects Assistance (SPA) project funded through USAID/Peace Corps and its implementation should carry me through until my close of service in May. Yllka and I along with the library staff are all amazed at the number of people involved and committed to making this project a reality.

We designed the project both to encourage community involvement in the library and to support their purchase of books in Albanian that are in line with the curriculum and summer reading lists of the high school. The budget of the library is poor, and even though they have a nice building, they have been unable to purchase books for almost two years. Most of what exists in the collection remains from before the fall of communism and is in bad repair.

After the initial book purchase to supplement the library’s collection, the second phase of our project will kick in – a book drive in the Lezhe community for one month prior to April 23rd, 2012, World Book Day. Book drives are a relatively new thing for Albania, and, in general, Albanians own very few books. However, I’m optimistic that this project will be successful (with the right amount of promotion) in Lezhe. At the very least, it will be an opportunity to both promote the idea of giving back to your library and to increase volunteerism in the community – all while benefiting the public library and readership in Lezhe the city and the region. We have already identified several willing community partners to help organize the drive, and our hope is that the overall participants will include the general public as well as local schools, NGOs and churches.

Working to design this project with the library staff has been one of the more enjoyable work experiences I’ve had so far in country. They’re all fun to be around, and it’s refreshing to see people so dedicated to making their work environment a better place, even with such limited resources. Even outside the library, when Yllka and I went around town to speak with other NGOs and the schools about the project when we were applying, it was like going around and having coffees with all of my friends – I already had worked with most of the people involved. The small town-ness of Lezhe and my place within it is really coming out in all aspects of my life.

On my first day back at work last week, Yllka and I went to tell the Library staff that we had won the money. It was such a festive occasion – I’ve never seen a group of people more appreciative and eager to begin working on something….I just hope that all of our energy can hold through April!

Photos from my recent trip are now up on the photos page! Or, click the pictures below to go to their corresponding albums. 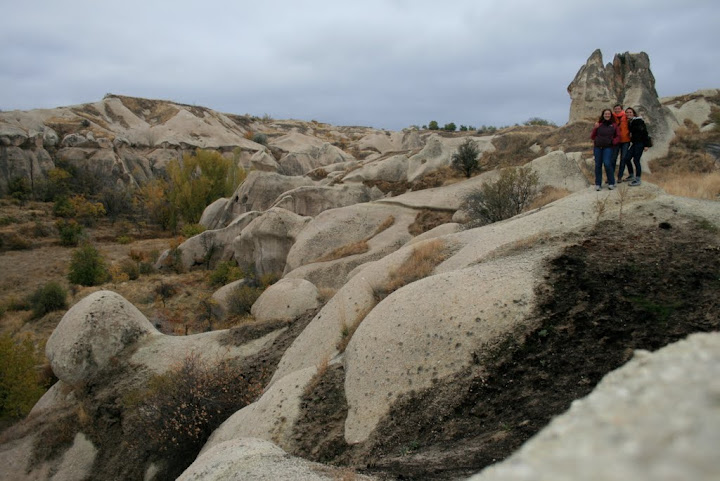 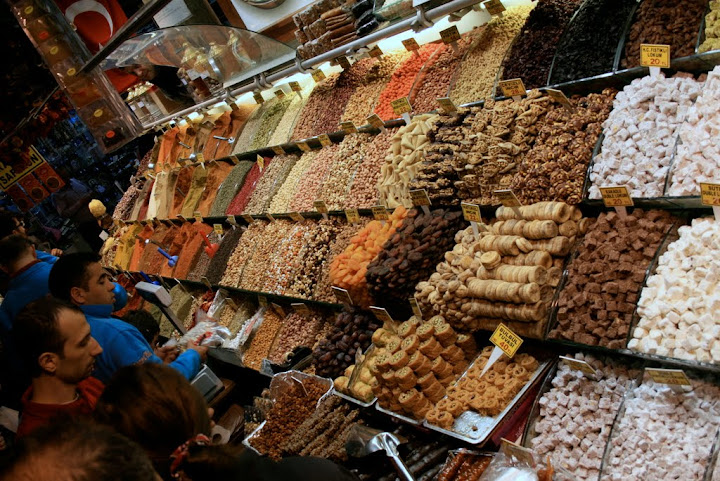 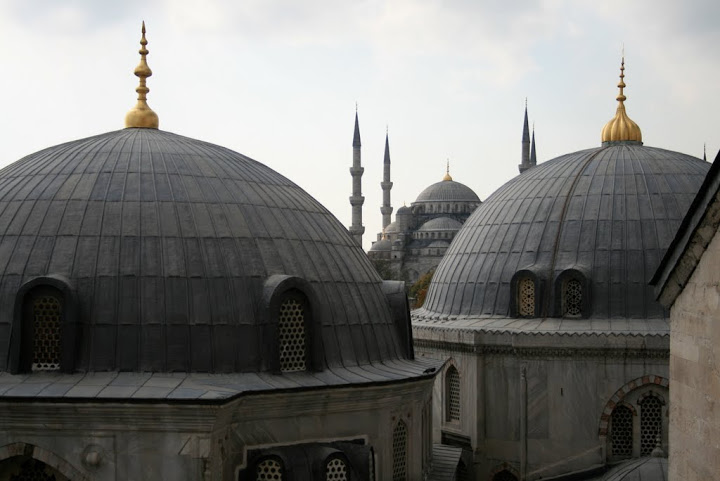 I returned this Sunday from a week-long vacation in Turkey with two Peace Corps friends. We spent four days in Istanbul and three in Capadoccia, a region in the center of the country famous for its geologic formations and cave cities dating back four millenia to the age of the Hittites.

It was wonderful to be immersed in colors and patterns, to eat great food, meet fellow travelers and locals, see an area I have heard so much about and to get a sense for the origins of the “ottoman” that has so influenced Albanian culture. We could even pick out a few words of Turkish that have become part of Albanian, including the Arabic phrase Marshallah or “god has willed it” – used to express appreciation for a person or event. On our last day we noticed that above almost all of the doors to the houses in the Capadoccian town of Göreme, there is a small “Maşallah” plaque. A beautiful reminder to pause and be thankful for what you have.