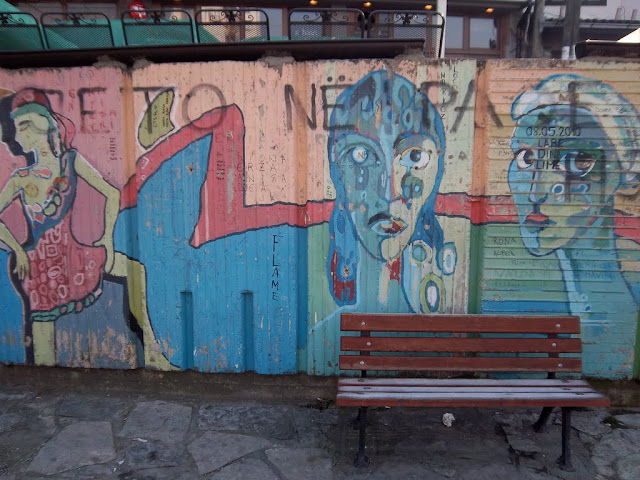 I’ve discussed my New Year’s celebration in Ohrid, Macedonia….but if you checked out my photos from the newest album you may have noticed that I also went to Kosovo recently.

After spending time in Macedonia, I headed up to Prizren and Prishtina in Kosovë for a whirlwind two day tour. As volunteers we weren’t allowed to go to Kosovo until this past June – it was off limits because it was still on some “list” that meant Peace Corps didn’t want to be responsible for our travel there. 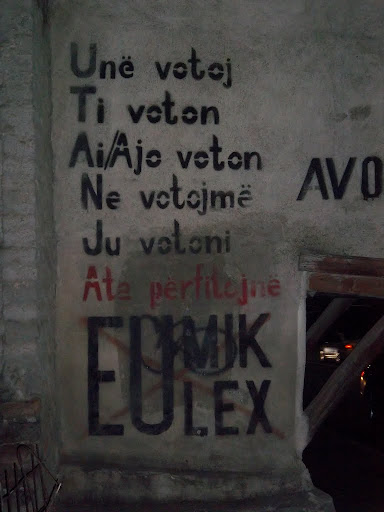 Now that travel to the rest of “Shqiperia e madhe” is officially allowed, it’s surprising I haven’t made it up there until now. In fact, the best road in the whole country connects Lezhe with the border and I could be there in under 3 hours (speedy by Albanian transit standards). Kosovo is also the only other country in the world whose majority population speaks Albanian, yet the ethnically Albanian population (like those Albanians in Macedonia and Montenegro as well) was cut off from Albania itself for 50 years during the 20th century. I’ve been eager to test my language skills in another country and to see just what makes Kosovo different/the same for some time now. 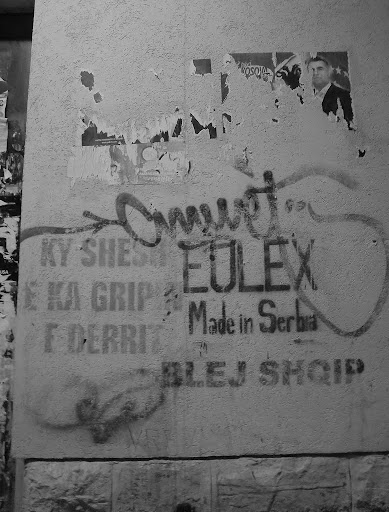 While I didn’t come away after such a short visit with any great insight, a few things did really strike me as different from Albania while I was there. The most impressive of which was the diversity – of cultural heritage, of language, of religious traditions- that I found in Kosove.

In Prizren I learned that the city has a large Turkish minority. That, in addition to a significant Serbian population means that at any time one of about five languages could be being spoken around town. And all of this just across the border from Kukes in Albania – a comparatively homogenous region. So much for being able to use my language skills! I understood Kosovar Albanians less than I understood Macedonian Albanians, as it turned out. 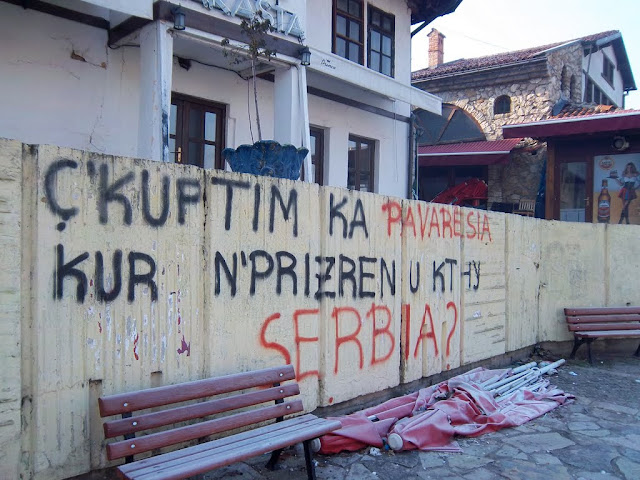 "What meaning does independence hold when serbia returns to Prizren?"

Unfortunately, in recent history this diversity in Kosovo has been a source of tension in the wake of the conflict surrounding the country’s independence. Evidence of the past war is everywhere. Under interim EU governments, Kosovo and its citizens are still working out what it means to be Kosovo. Throughout Prizren and Prishtina the walls are covered in political grafitti. I came away from the short visit with a camera full of slogans of just how difficult the struggles for identity in this new country have been. 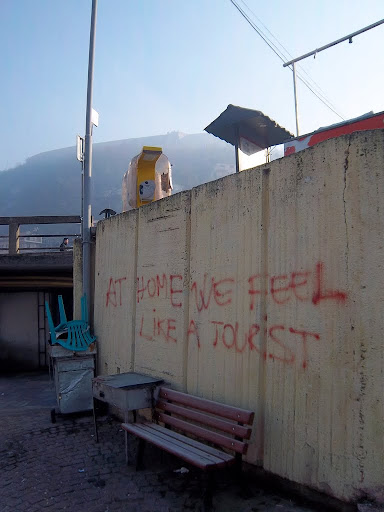